Last evening I took Half-Man over to his friends house so he could go trick or treating.

He invited his (half) brother to go with him, something he has never done before.  They went as Mario and Luigi.  It was sweet to watch how he fussed over his little brother, making sure his costume was perfect.  They are only a year apart but his little brother has a more severe form of autism then Half-Man does. 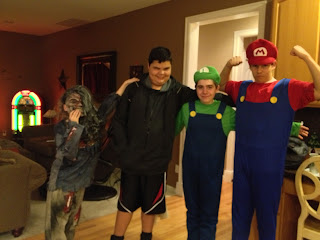 I walked with the group while they trick or treated, keeping an eye on them so they didn't get squished by a car as they dashed across neighborhood streets.  LuLu came along with us, dressed in her pink dragon costume :) 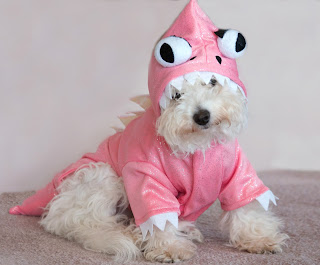 The group gathered a sufficient stash of candy and headed back to the house.  The boys went into the house while Half-Man's friends Dad (let's call him Ed) and I stood outside and chatted.  Ed told me how although he considered himself wealthy, he would give it all up if his son (who is also Autistic) would look him in the eye and totally "get" what he was saying to him without the constant cloud of Autism. He worried (as we all do) of what would become of his son should anything happen to him or his wife. Would he be cared for? Would he be able to make it alone in the world?

It is hard when you are the parent to see past the Autism at times. To see how your child is growing and truly interacts with his or her world. I think because we are their safety nets and we see when they aren't on guard and at their most vulnerable. We see it because we are their safety nets. They can relax and let us shoulder the burden that they constantly have to fight and carry on their shoulders.

What Ed said next, shook me.

"Do you believe in God?" He asked.

"I'm Agnostic. I don't really know what there is out there." I replied.

"Yes, I get that. I was raised Catholic but I'm not sure what I believe anymore."

We stood quietly in the brisk Autumn evening, digesting the complication that is religion while the Halloween moon light flickered through the rain clouds.

"You know something, I think there is a God." Ed said. "I look at your son and have to believe there is a God.  I ask myself, whenever I'm around your son, how can someone be so nice, so genuinely sweet, and not have come from God?"

I have to admit I was a little taken aback at such a huge endorsement of another human being while feeling immersed in a warm swell of parental pride.

My Half-Man is kind. He is sweet. Most of all, he is genuine. And you know what? It is 100% him. I may have helped steer him along his childhood journey but that which people most embrace about him is his genuine character.

I thought about what Ed had said while I took Half-Man out alone while the rest of the Trick-or-Treat group had given up and gone home.

We walked the streets moving from house to house, my big guy in his Mario costume and our little pink dragon dog.  Everyone we passed, even people from passing cars yelled out, "Mario!" to him. Half-Man laughed and taking his Mario hat off with a swoosh he bowed to those who called to him.  People responded with delighted laughter.

At the houses after receiving his candy treat, he would do a little Mario dance and say, "Wahoo!" in a Mario voice. The adults faces would light up, a few reaching from the doorway to pat him on the shoulder. Half-Man would grin and walk away...while the adults remained at the door to watch him with a smile on their faces.

You would think he would be teased or frowned upon. This 5'11 Half-Man, dressed in costume, ringing doorbells, Trick-or-Treating alone...

I watched a group of his peers call out his name. I watched him amble to them with a grin on his face. These "normal" kids greeted him sincere excitement to see him. Fist bumps from the guys and hugs from the girls. They were kids from his Middle School and some from his High School.

I watched him mesmerize person after person sprinkling happiness wherever he went. It is a sort of magic watching him. There is just...something...about him.

Is there a God? Still not sure...but I do think my Half-Man and I were supposed to be together, and I feel honored to have the title of his "Mom". 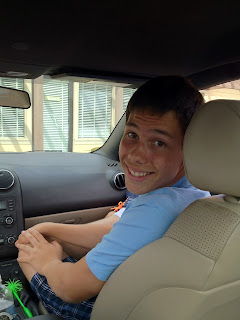 Posted by Haphazardkat at 12:02 PM 7 comments